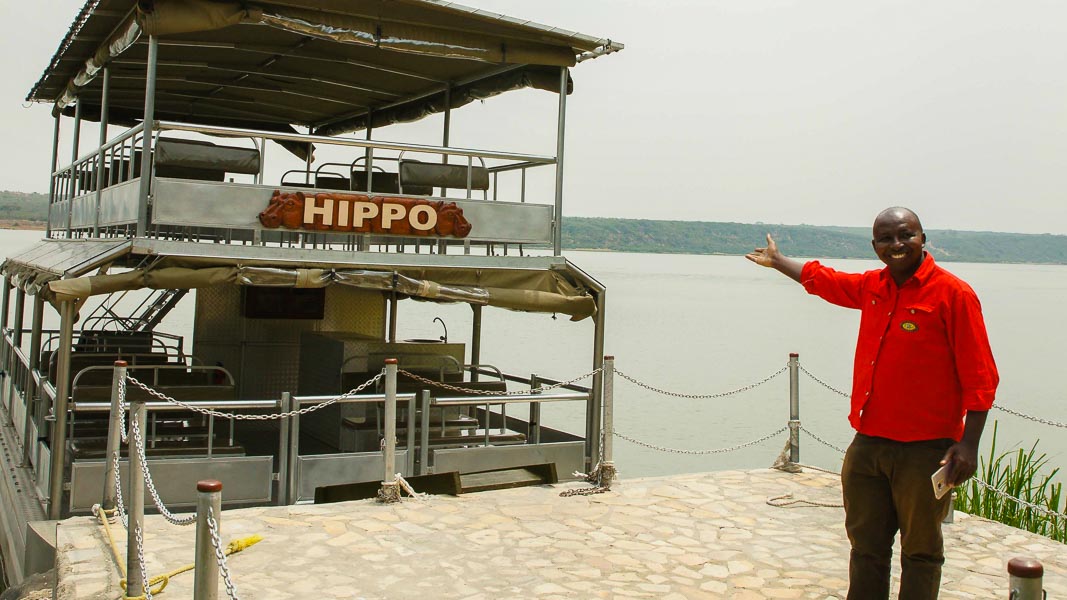 BIC TOURS was founded in Japan by Samuel Mugisha a Ugandan born (1975) and raised in the rural  Kanungu district  near Bwindi home to half (over 400 out of the 750) of the worlds remaining Mountain Gorillas and Ishasha Game Reserve home to the famous tree climbing lions.  As the eldest boy on a family of 28 siblings,  Samuel started to join his father to the  mountains to look after the family herd of cows at the age of 3, a job he did until joining high school. Juggling between education and cow-boying, Samuel cut through the stiff national competition with a government scholarship to join Makerere University where he graduated with a Bachelors of Social Work & Social Administration in March 2000.

In 2001 Samuel joined hands with Jackson Kaguri (working and residing in the US) his village mate big brother to found Nyaka AIDS Orphans project,with a primary a school offering education, meals and counseling to the vulnerable children as a way of giving back to the community that supported Sam and Jackson through their childhood education. Practicing his social work skills through volunteering with Nyaka project, Sam was in charge of site project implementation, receiving and guiding project visitors, donors and volunteers something that led him into the world of arranging  some kind of tour services to international visitors.

On 29th Nov 2002, Samuel arrived in Japan for his 1 year Japanese language study, after a 3 days flight from Entebbe via Nairobi, Amsterdam onwards to Narita Airport. Everything on this flight was 1st experience; 1st time out of Africa, 1st time on an intercontinental flight, 1st time to arrive in a country during winter and to all the cutural shocks that came with “from Africa to such an automated, sophiscated country Japan”. His 27th ~29th Nov 2002 experience was later to become instrumental in his decision to start BIC Tours to offer quality tour services to 1st time and repeat visitors  to Africa.

As the only African student in the history of Kokusai Kotoba Gakuin in Shizuoka, the language school that Samuel attended, Samuel had the only option to fast track his Japanese learning for basic survival and by the 6th month, he had grasped enough Japanese to participate in Japanese speech contest winning the 2nd position . His speech title was The Ugandan Cowboy who came to Japan. The story about Uganda talking about his childhood life with cows and wildlife, the Gorillas, the chimpanzees, the good weather along the equator, the fresh organic fruits all  year, the Nile River, Lake Victoria, the Rwenzori Mountains, the 56 tribes with over 40 languages surprised the Japanese. Private tour groups started visiting Uganda to experience the Uganda story. BIC was founded to do offer professional services to visitors that were increasing in numbers every year.

BIC has since continued to Market Uganda in Japan & to the world at business & tourism events including among others;