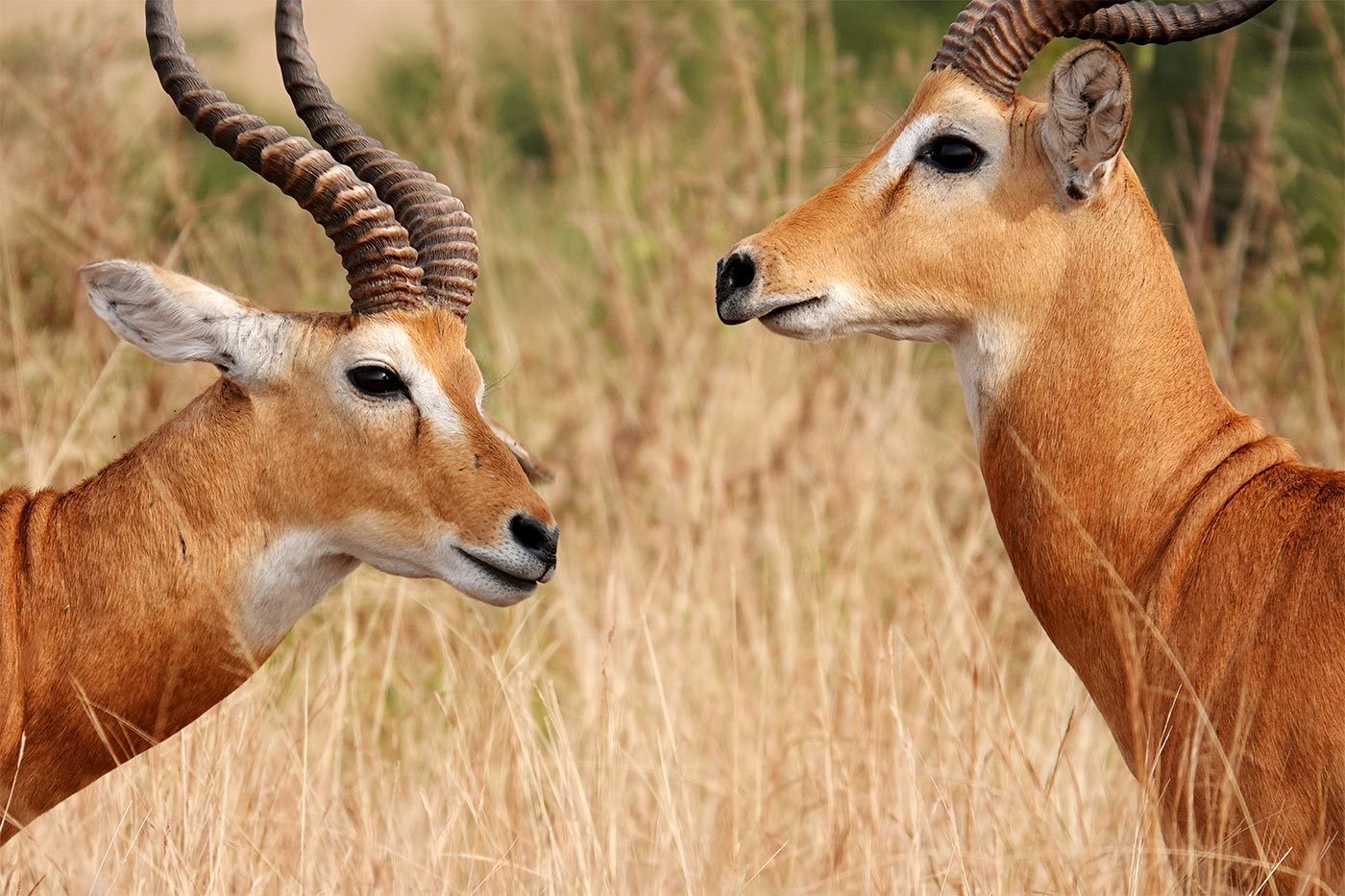 Uganda is one of the few countries in the world where the imaginary line divides the earth into two half passes. The Equator crosses into Uganda at a point situated 72km south of Kampala along the Kampala – Masaka road. “The equator”, simply said it is the imaginary line that divides the earth in half, with the north on one side and the south on another. At the Uganda Equator you observe this by a line drawn in the middle of the lane, with a monument on both sides that state “Uganda Equator” other than the fact that you can stand on both sides of the Equator there is also the opportunity to see an experiment of how water drains straight down at the Equator. But the water will drain clockwise on the northern hemisphere and counter clockwise on the southern hemisphere. This is something very exciting to see.

QENP is located in Western Uganda is one of the most popular game reserves for safaris. The park covers 770 miles ² (1995 km²). Road access from Uganda’s capital city of Kampala is 206 miles (420km) taking about 6 hours. There is a landing strip at Mweya lodge for light aircraft or a larger airstrip at Kasese town.It stretches from the crater-dotted foothills of the Rwenzori range in the north, along the shores of Lake Edward to the  remote Ishasha River in the south. The park has 611 recorded bird species in the Kazinga channel sanctuary which covers an area approximately 207km. QENP also has 95-recorded species of mammals which include Lion, Buffalo, Elephant, Hippo’s and many more. Other park inhabitants include 10 primate species which include the Warthogs, Antelopes, Giant Forest hog, Chimpanzees, the Black and White Colobus Monkey,Olive Baboon, Uganda Kob, Water bucks and leopards.
QENP has the most amazing number of species. Kazinga Channel is believed to  contain the world’s largest concentration of hippos. The Maramagambo Forest, south of the Kazinga Channel is also home to large numbers of chimps, plus a number of other monkey species.