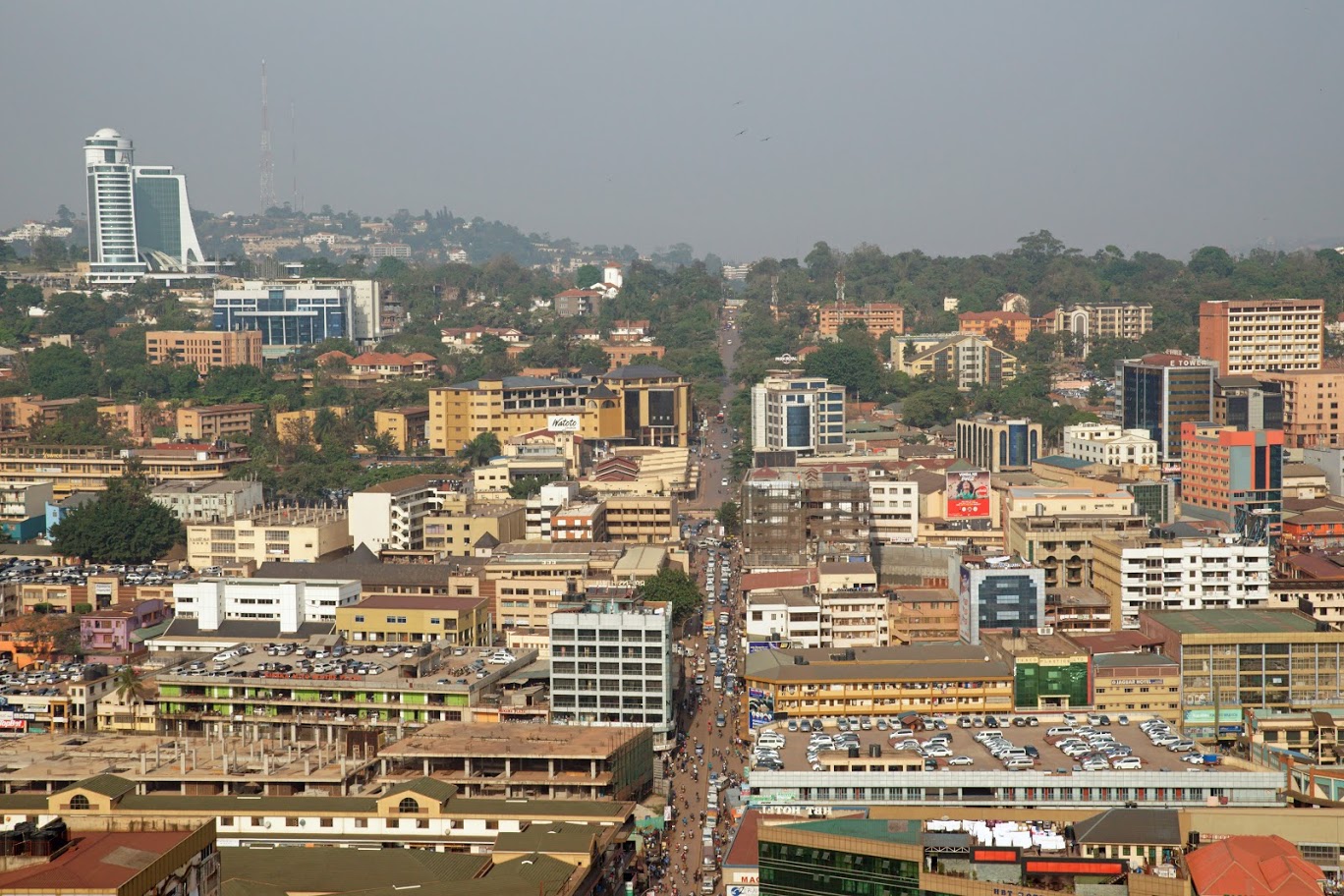 Kampala is the capital and largest city of Uganda. The city is divided into five boroughs that oversee local planning: Kampala Central Division, Kawempe Division, Makindye Division, Nakawa Division, and Lubaga Division. The city is coterminous with Kampala District. Surrounding Kampala is the rapidly growing Wakiso District, whose population more than doubled between 2002 and 2014 and now stands at over 2 million. Kampala, with a population of approximately 2.5 million, is by far the largest city in Uganda. It is not yet completely overwhelmed with traffic and sprawl like Nairobi and Lagos. Additionally, Kampala is very safe to walk around, even at night, a welcome fact for many a high-strung visitor arriving from Nairobi.
Uganda, as the recipient of massive amounts of Western aid money, hosts large numbers of Non-Governmental Organizations (NGOs). Most of those NGOs are based in Kampala, so there is an established expat scene in the city. The people of Kampala, and Ugandans in general, are very kind and friendly and are very approachable.

Visit to Bulange Mengo( Buganda’s Parliament),Visit to the Mengo palace to listen and see how Uganda’s passed Political Controversies led to construction of another palace and transferring of the King’s Premises.

Enjoy the Mile land View and learn about the Mystery of every tree planted along the 1km stretch.

7:00am:  Pick Up and Transfer to Buganda’s Royal Burial Grounds in Kasubi. Visit the Tombs and long reserved residences of the ‘’Disappeared Kings’’, Listen to the History and Mysteries that surround the Kingdom of Buganda from the relatives of the kingship lineage.

9:00am: Transfer to Bulange Mengo a House that hosts the Parliament of the Kingdom of Buganda. The Building too hosts the Offices of the Kabaka of Buganda and his Katikkiro as well as contains different artifacts that represent over 56 taboos of the Clans of Buganda.

10:30am: Travel through the Mile Land and transfer to the Mengo Palace one of Buganda’s oldest palaces after Rubanga. Learn the mystery behind the over 56 tree species on the 1km stretch of Land and the roundabout curve on the Mile Land.

11:00am: Visit Mengo Palace and listen to how Uganda’s previous political Controversies made the King of Buganda to vacate Mengo palace though still maintained it as a palace till. Later Visit Amin Dada’s Breathe Taking Torture Chambers where he used to punish his victims from.

1:00pm: Have Lunch in any selected Restaurant in Town (Own Expense) for about 1hour and later Transfer to another activity.

2:00pm: Visit the Ghadaffi Mosque and be guided by the site guides to the Mosque and view the Modern and African designs that were employed by late Col. Muamar Ghadaffi during East Africa’s Largest Mosque Construction on Mengo Hill which was later named after him. Hike Kampala’s Tallest Tower on the Mosque that will enable a sight of all the 7Original Hills on which Kampala the Capital of Uganda stands and Expands to other present day Hills.

4:00pm: Transfer to Kampala Busiest business section commonly Known as Down Town by the natives, explore Owino Market which is one of the most famous Markets in Kampala. Mix with the native Community and Buy a second hand souvenir if desired.

6:00pm: Kindly Transfer to your Hotels/Lodges/ Homes for Dinner and Overnight (Own Expense).

Pick up from the Hotel/Home/Lodge at approximately 7:00am.

Services of an English Speaking Guide .

Transport for 1 Day Excursion(Pick up and Transfer to the Lodge/Hotel/Home).

All Cultural Sites Entrance Fees as per the Itinerary.

Site Guide Fees at the Ghadaffi Mosque and all Cultural sites.

Tickets/Visas in case of international Tourists.