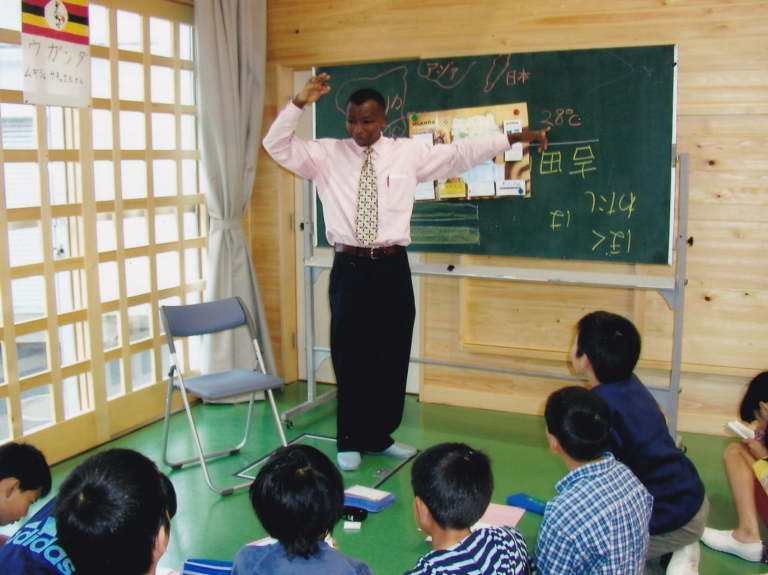 Samuel Mugisha was the first-born boy child in his family. He was a blessing not only to his mother but also to the entire family hence the name, Mugisha (blessing). He was born at a time when his father was giving up on ever getting a boy. Samuel Mugisha was born to a farming family of the Kiga people in the Kigezi region in Southwestern Uganda. His childhood was not short of tilling the land and herding cattle. From as early as three years, his role as a boy was to make sure that the cattle were well fed. This saw him cross distant hills and valleys in search of pasture and water for the cows.Being close to the Queen Elizabeth national park, sometimes they would encounter strayanimals, especially the tree climbing lions Ishasha sector. The stray animals often attacked them, eating their cows and other animals they kept, and they did their best to fight and protect their own.

Once in primary school, the hunters encountered a leopard that they’d mistaken to be a jackal, and were excited to make a good killing of its skin. However, as soon as it was injured by the hunters, it became very nervous and attacked just about everyone that was hunting it. That day, 14 people were admitted at Kambuga hospital; with the leopard on the loose, no one could walk up and about that morning until the police solicited help from the military barracks in Kihiihi to end the nervous Leopard’s life. Such was Sam’s life and environment, where animals that strayed outside the park were hunted and of no bigger value as regards tourism until he joined Makerere University in 1996 with the savings he made from rearing cattle.

While at University, he studied Social Work and Social Administration and graduated on March 17th2000 – the same day, as he narrates, in the history of Uganda when Kibwetere the cult leader in Kanungu district, set his followers ablaze. But of course, life was not too different then. As it is for just about every other graduate today, he did not get a job immediately, save for a few short contractual assignments. He had worked with a number of NGOs mostly in the field of women empowerment like the Uganda Gender Resource Centre and National Association of Women’s Organisation of Uganda as part of his Social Work training and internship where he gathered a number of connections that often called him up for various research assignments.

Sam’s first job eventually came in the next year of 2001, in a women’s organisation called CEEWA Uganda whose agenda was to use ICT to promote women’s entrepreneurship. He resigned 6 months later. His resignation came as a result of his childhood background, coming from a polygamous family. Having been the first person in his family to go past O-level all the way to the university with a presumably good course, and completely orphaned while doing his final exams, he had become the head of the family and was expected to be employed as soon as possible to cater for the ever increasing demands from his siblings, which did not happen. This is when he fully ventured into the business world.

Prior to graduation in his second year of study, Sam suspected the troubles he would encounter after his final exams without an income to sustain himself in Kampala, let alone provide for his siblings. He rented out his room at Lumumba, his hall of residence at Makerere University; and in addition to his internship allowance, he was able to rent a house in Bwaise. This served as their stationery shop, photo studio and home at the same time. He remembers making a better profit from envelope sales by making their own envelopes rather than buying and re-selling them. By the time of his graduation, he and his friends were self-sustaining. They could take care of themselves, and Sam was able to look after his siblings as much as he could.

The business in Bwaise would soon give birth to BIC resources limited, when Sam decided to visit one of his old school friends working in Kisoro. On his visit, he quickly realised how Kisoro was a very busy town with a good number of hotels and also a tourism hub. Sam also realised that with his experience in Information Technology, he could start a Business Information and Communicationresource centre in 2002 where the tourists, after their day’s activities could access the internet and phone services to share their Ugandan experiences back home. This was his indirect eye opener into the tourism industry. 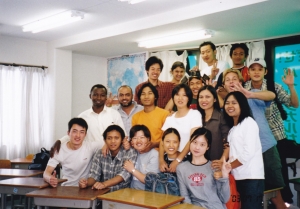 Sam’s turning point venturing into the tourism industry and eventually incorporating BIC tours later in 2007 was when he met a Japanese ProfessorMotohito Sano, who had come to volunteer in Uganda with a team from Japan. Prof.Motohito was looking for someone who would be willing to take a Japanese language course so that when his team or another group of volunteers came in, they would have a translator to assist them as communication was their biggest obstacle in their work while in Uganda. The discussion lasted 10 minutes, and before long, Sam was filling application forms. Sam was not only happy for the opportunity to learn Japanese, but he was also very excited to be finally flying to Japan. He was admitted to the Japanese language school and was to start immediately; he recalls being the first African student in the history of Kokusai KotobaGakuin School in Shizuoka city near Mt. Fuji. 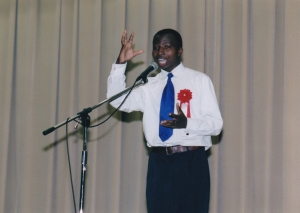 Sam worked hard and excelled; once, he did a speech contest in Japanese and came second. The title of his speech was “The Ugandan cowboy who came to Japan”. His teachers and so many of his listeners were impressed, that he continued to get invitations to tell his story and more about Uganda in different schools. That is how he attracted his first tourist clients, 4 Japanese girls who visited after he got back home in December 2003 on finishing his course. They could not believe the beauty they experienced in Uganda. Since then, he continued to get clients and even managed to travel back to Japanin December 2004 on a two- year working visa as a specialist in international relations and humanities. This exposed him to working with a number of Japanese people and companies.

For the first time, Sam set out to market Uganda at the JATA Tourism Expoin September 2006. He partnered with Churchill Safaris as their key representative for the Japan market handling all enquiries. This was the beginning of his fulltime involvement in promoting Uganda’s tourism in Japan and since then, he has not looked back. In 2011, BIC tours Limited was registered with the core market being Japan.